RUBBER: Rubber smallholders must be active in Risda programmes – Minister 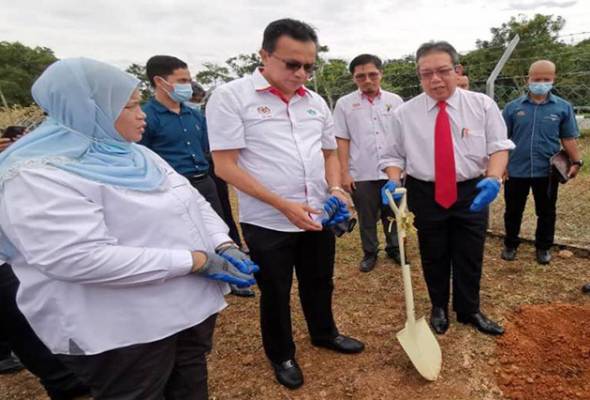 RUBBER: Ministry says ready to give advice to prevent closure of MARDEC plant

KUALA LUMPUR, June 29 -- The Plantation Industries and Commodities Ministry says it is ready to provide technical advice through the Malaysian Rubber Board (LGM) to MARDEC Processing Sdn Bhd to identify the problems that have brought losses in the latter’s factory operations.

RUBBER: Youth urged to get involved in rubber industry - Minister

CHUKAI, June 27-- Youths have been urged to get involved in rubber cultivation sector to produce quality latex as the source of income and at the same time reducing the country’s dependence on the import of the material.
Plantation Industries and Commodities Minister Datuk Dr Mohd Khairuddin Aman Razali said that currently the average of those involved in rubber cultivation were in their 50s, with most of them were collecting their tapped rubber as cuplumps.
“There is a possibility that the number will dwindle lot further within the next 10 years because it is hard work to produce quality latex as tapping have to be done in the morning and then the latex must be collected in the same day ... unlike cuplumps that can be left overnight,” he said when speaking at the launch of the RRIMniaga application at the Kampung Ibok multipurpose hall, here today.
He said market price for latex was also relatively high at about RM 4 a kilogramme (kg) compared to cup lumps at only RM2.50 a kg. KUALA LUMPUR (June 15): The Monthly Rubber Census for April 2020 stated that the production of natural rubber increased 0.3% in the month to 34,616 tonnes compared with 34,506 tonnes in the previous month.
The report, released by the Department of Statistic Malaysia (DOSM), stated that the year-on-year (y-o-y) comparison also showed an increase of 2% from the same month of the previous year.
Chief statistician Datuk Seri Dr Mohd Uzir Mahidin said exports of Malaysia's natural rubber decreased by 10.2% to 40,596 tonnes in April 2020 from 45,198 tonnes in March.

KUALA LUMPUR, June 15 — The Monthly Rubber Census for April 2020 stated that the production of natural rubber increased 0.3 per cent in April 2020 to 34,616 tonnes compared to 34,506 tonnes in the previous month.
The report, released by the Department of Statistic Malaysia (DOSM), stated that the year-on-year comparison also showed an increase of 2.0 per cent from the same month in the previous year.
Chief statistician Datuk Seri Mohd Uzir Mahidin said exports of Malaysia’s natural rubber decreased by 10.2 per cent to 40,596 tonnes in April 2020 from 45,198 tonnes in March.
China remained the primary natural rubber export destination, with a share of 48.9 per cent from total exports in March followed by Germany (12.1 per cent), the United States (6.2 per cent), Iran (5.3 per cent), and Taiwan (3.5 per cent).

FaLang translation system by Faboba
DISCLAIMER: The Government of Ministry of Primary Industries shall not be liable for any loss or damage caused by the usage of any information obtained from this website.
Copyright © 2019 Ministry of Plantation Industries and Commodities (MPIC)  |  Best view Google Chrome new version with minimal resolution 1366x768